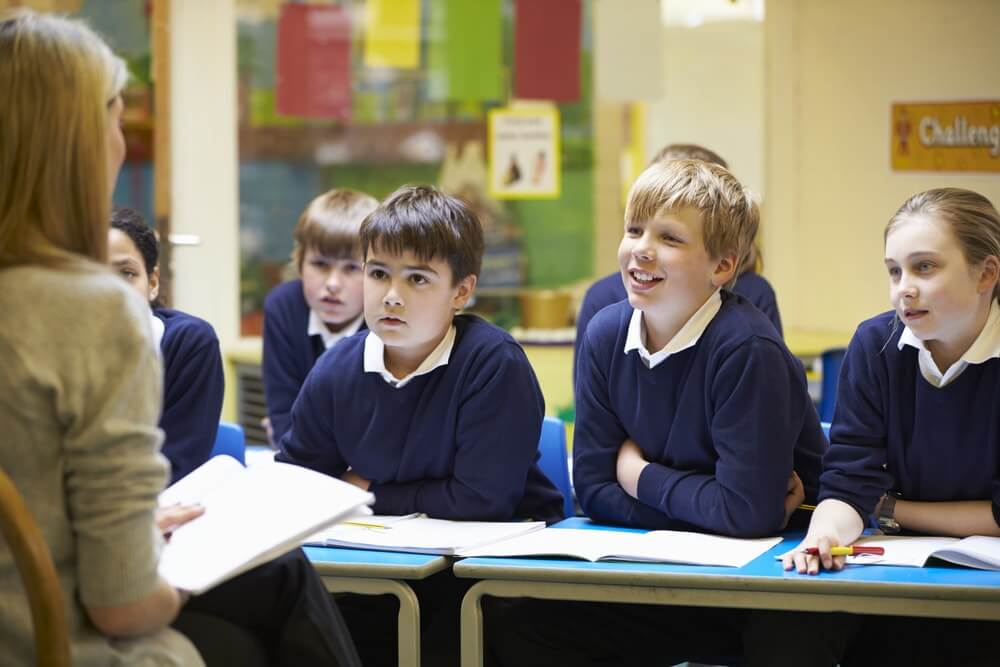 The news this month includes more arrests in an alleged property rent-scam in Lake Worth, how foreign investors are pouring money into Florida and buying commercial property, how more private schools are required in South Florida to boost the real estate market and more. Brought to you by Fast Florida House Sales – we buy any house, in any condition, in any location in Florida.

The son of a Lake Worth man arrested this month in an alleged rent-fraud scam is wanted for acting as an accomplice in the crime, the Palm Beach County Sheriff’s Office said Wednesday. Reports Julius Whigham II for Palm Beach Post.

Sheriff’s investigators are searching for Andrew Arce, who is believed to have fled the United States. They also are searching for a third man also suspected of having been involved in the scam. Authorities have not released his name.

Deputies arrested Arce’s father, 43-year-old real-estate agent Steven Arce, on June 6 after at least five people alleged that he scammed them out of rent money. The financial loss to the alleged victims was estimated at more than $11,000, the sheriff’s office said.

According to an arrest report for Steven Arce, Andrew Arce told investigators this month he is a licensed Realtor who was helping his father with a deal.

One woman told investigators in May that she paid a $1,500 deposit to a man named “Abraham” for a residence in Lake Worth. After she paid, the woman was unable to gain access to the residence and the telephone numbers by “Abraham” were disconnected.

Reported in Forbes: Let the sun continue to shine upon the South Florida real estate market like it has this past season. The maturation of South Florida’s communities, from every perspective, has come at a time where several other variables are contributing to the stabilization and traction in our luxury residential markets.  As a seasoned real estate professional in the South Florida market with over twenty years spent both running one of the largest title insurance companies and now at the helm of a real estate brokerage, I have seen firsthand the market’s transformation. Looking back it is like watching a video of a flower bloom in fast-forward.

We have seen quality rise to meet the sophisticated and discerning demands of domestic immigrants, making the move to South Florida that much more enticing. This quarter has presented numerous real estate transactions across South Florida in the $10 million range. Until recently, reportedly the highest-paid residential real estate deal for Miami-Dade County in the past 12 months closed at $26 million. Our latest Star Island sale closed at $33 million, breaking this record.

There is no doubt that several of the changes enacted by the Tax Cuts and Jobs Act has stimulated the high-net-worth buyers in states with higher state and local taxes. The elimination of the deduction for state and local taxes (SALT) and the cap on a deduction for mortgage interest are just a couple of the changes that are driving the movement. I have observed a sharp increase in both interest in and consummated transactions on South Florida properties by buyers from New York, Connecticut, California and other states. And since the beginning of 2018, we have seen consistent and meaningful strength in the sale and marketing of properties at the top of the market.

It’s clear that the those who can make the move to South Florida are actively considering the same, and those who are still constricted by life circumstances — be it children in schools, parents in close proximity or the understanding that many projects are mid-construction and won’t be completed for many months — are looking to the near future in the hopes of a primary residence in the Sunshine State.

In addition to the new tax plan, Florida has historically been at the top of the list for retirees and empty nesters. With a large percentage of the U.S. population in or entering those stages of life, Florida is naturally on the radar for relocation. However, today, this class of buyers is welcomed by a plethora of home details that our market has never offered before, from balconies as deep as 35 feet to curved glass with windows that fully stack to provide a true indoor/outdoor environment, to world-renowned “starchitect”-crafted masterpieces that adorn our cities’ skylines and offer floor plans carefully calculated to maximize living space and functionality.

Buyers of South Florida real estate tend to group South Florida into one market. The truth could not be further from that assumption. In fact, a component of our mission in Florida is to help our clients learn more about what each submarket has to offer. Buyers should secure knowledgeable insight into the characteristics of each area; schools, entertainment, walkability, culture, pricing variances and transportation concerns are some of the variables that require careful attention and thought.

Taking all of the above into consideration, the local real estate market continues to offer extraordinary value and, in my view, a strong investment proposition. Most South Florida markets remain at a significant discount to other major metropolitan markets domestically and globally. As I’ve heard around the country in many meaningful circles, people are “having the conversation” about moving to Florida, and many have already made the move. Make no mistake, the South Florida real estate market is excited to welcome newcomers and deliver a lifestyle worth pursuing. 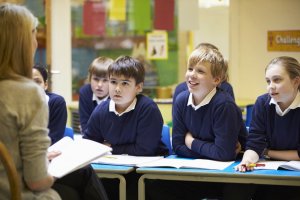 For many decades, South Florida was known as the playground for retirees, who overwhelmingly emigrated from the Northeast United States. These folks simply wanted low taxes and fun in the sun, and good schools didn’t matter to them so much. In the 1980s and ’90s, our region became defined by “Miami Vice” and South Beach (with Miami emerging as the unofficial capital of South America) and again, schools were not a big priority for new residents reports JULIETTE MAVROLEON for the Miami Herald

In recent years, South Florida has evolved into a global hub for business, art, technology, and luxury real estate. And while the quality of our public and private schools have improved dramatically, I believe that the low quantity of high-performing schools is quietly keeping our region from becoming a top-five player on the international stage.

A myriad of seemingly unrelated factors, which I will outline in this space, have made this so. Before proceeding, however, I should mention that I approach this topic with some degree of personal and professional experience. I formerly lived and worked in Beijing, and have been working in real estate for the past six years. Previously, I trained with an IMG sports academy to become a professional tennis player, and grew up in their boarding schools, while also obtaining a fine arts background and a minor in Chinese. Over the past few months, I have been in talks with several local municipalities about this very topic, and appreciate their attention and interest.

The new federal tax reforms signed into law last year set a deductions cap for income, sales and property taxes at $10,000. This new cap is leading more residents of states with high property values and state income tax to purchase properties in Florida, which has no state income tax and a pro-business tax structure.

Swire Properties has filed plans with the city of Miami for an extension of its existing special area plan that would comprise two condo towers, one of them with a three-level retail base. Both towers would be connected to each other and the existing three-block complex by new sky bridges.

The application represents a sign of confidence in the dense, interlinked and pedestrian-friendly model of urban mixed-use development that Swire brought to Miami, said Kieran Bowers, president of the Hong Kong-based firm’s U.S. operations.

“It’s really doubling down on your existing effort,” Bowers said. “It goes back to what the model is. The more critical mass you add, the more successful all the different elements are. We are really happy with the location. Commercially it’s been a success, so we’re looking to add more to it.”

Florida was the top state where outside investors purchased and sold commercial property last year; California was third

Florida and Texas were the top two states where foreigners purchased and sold commercial property last year, with California being the third most popular buyer and seller destination.

Over 60 percent of buyer-side sales were transactions with foreign buyers who primarily reside abroad. Most seller-side transactions (57 percent) were of properties sold by clients who were temporarily residing in the U.S. on non-immigrant visas.

The top countries of origin for buyers were China (20 percent), Mexico (11 percent), Canada (8 percent) and the United Kingdom (6 percent). While sellers were typically from Mexico (20 percent), China (15 percent), and Brazil and Israel (both at 10 percent). 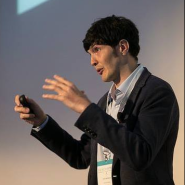 Fast Florida House Sales - we specialise in buying property in the state of Florida. We will buy any house, in any condition, in any city or location for cash. We have a portfolio of clients looking to invest their money in property and so can offer a fast house or home sale.

How To Sell Your House Fast : Bedroom Makeover 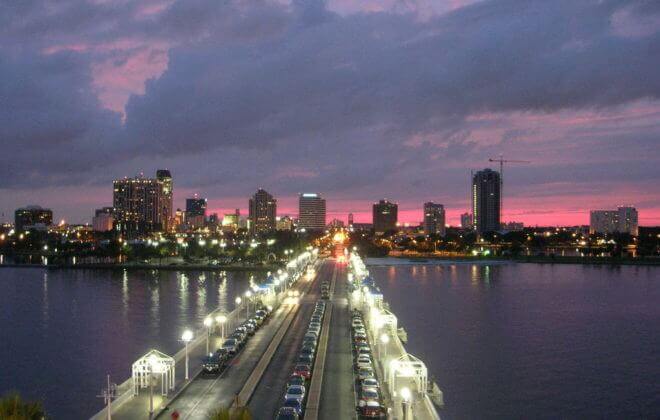 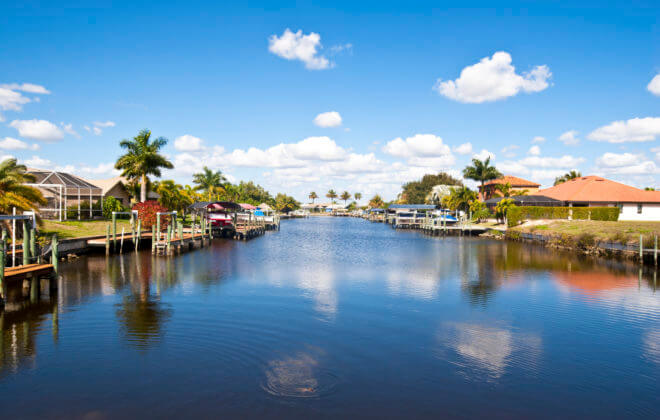